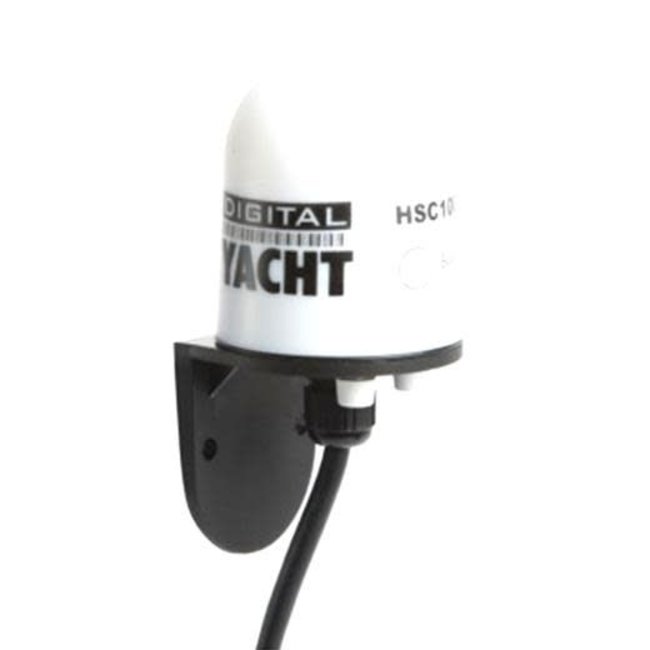 Fluxgate compass with auto calibration and fast heading output for MARPA or course up radar stabilisation.

Accurate compass heading data remains a fundamental parameter for marine navigation and the HSC100 uses fl uxgate technology to deliver heading data for on board systems. Typical applications include enabling course up and true motion type displays on chart plotters, radar overlay onto electronic charts and stabilisation of radars when used for MARPA/ARPA target tracking. Integrated instrument systems can also benefi t from having compass infor- mation to calculate real time tidal set and drift when interfaced with a log and GPS.

Most low cost heading sensors only output data at 1Hz (once per second) but the HSC100 outputs at 10Hz which is required for MARPA target tracking and accurate radar overlays (Part # ZDIGHSC100).

We have also released a new “Rate of Turn” version of the HSC100 that outputs the HDT and ROT messages required by a Class A transponder. For non-mandatory vessels, this provides a simple low cost solution for adding heading and rate of turn to Class A transponders (Part # ZDIGHSC100T)

- Ideal for use with radar overlay and MARPA target tracking systems