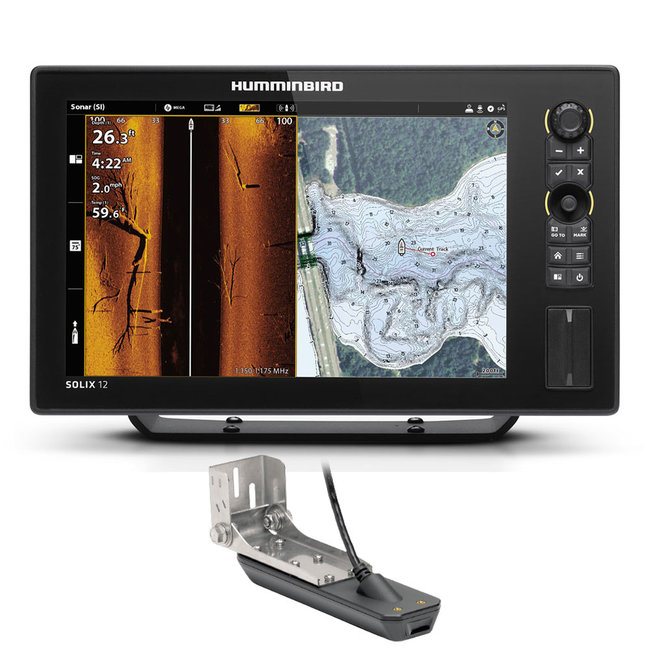 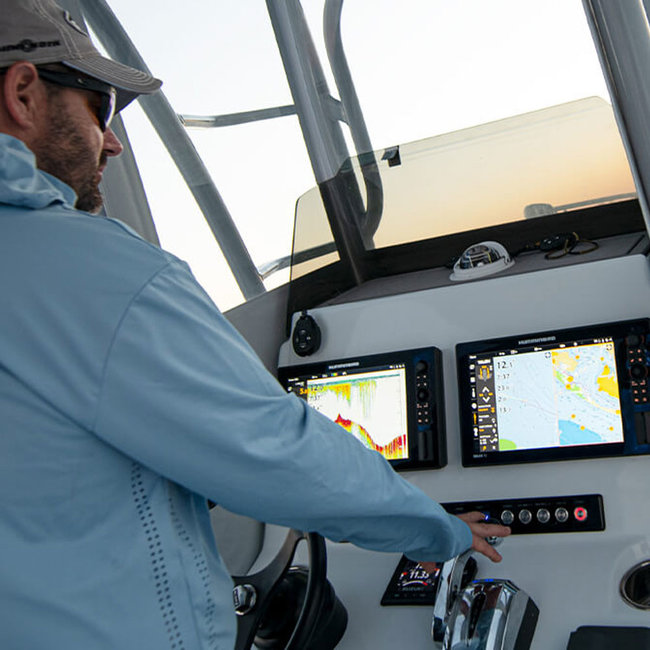 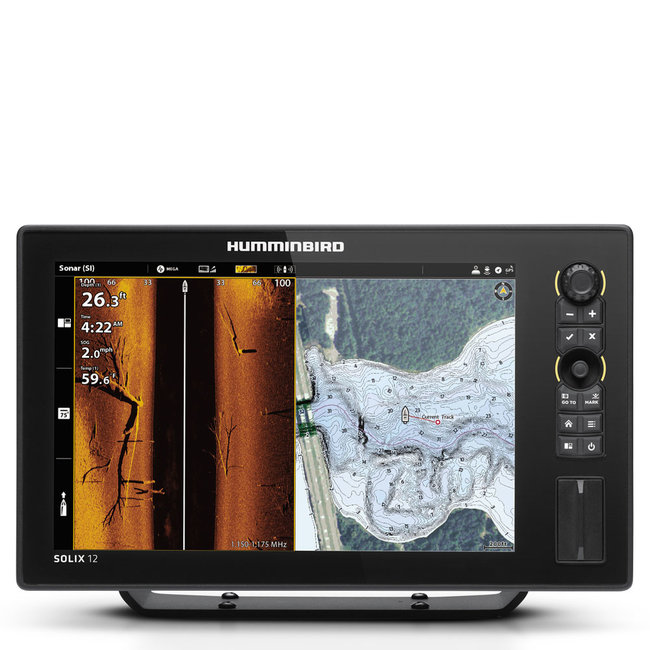 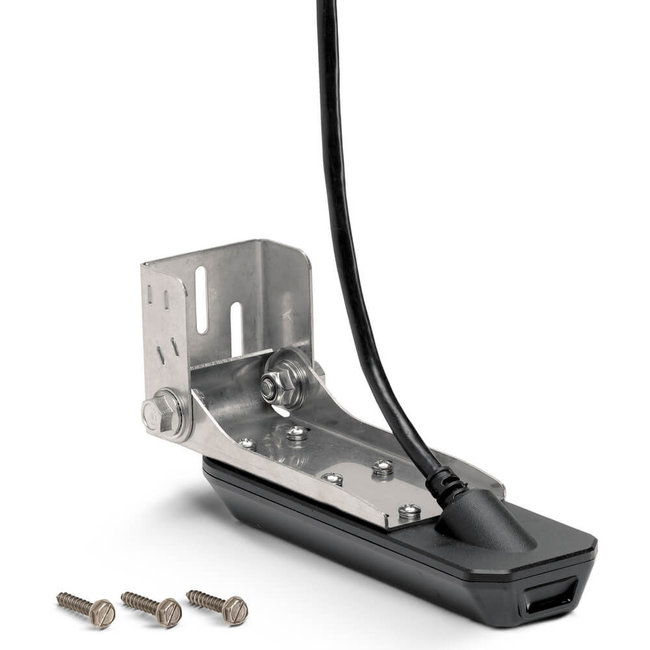 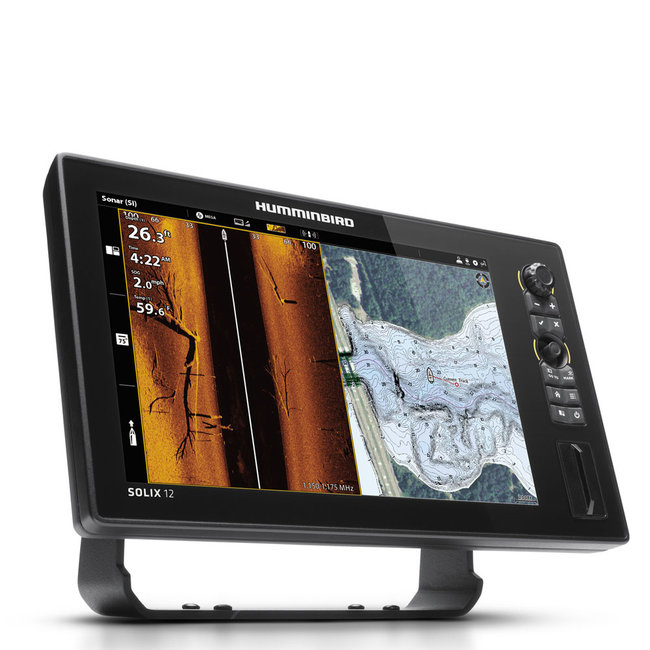 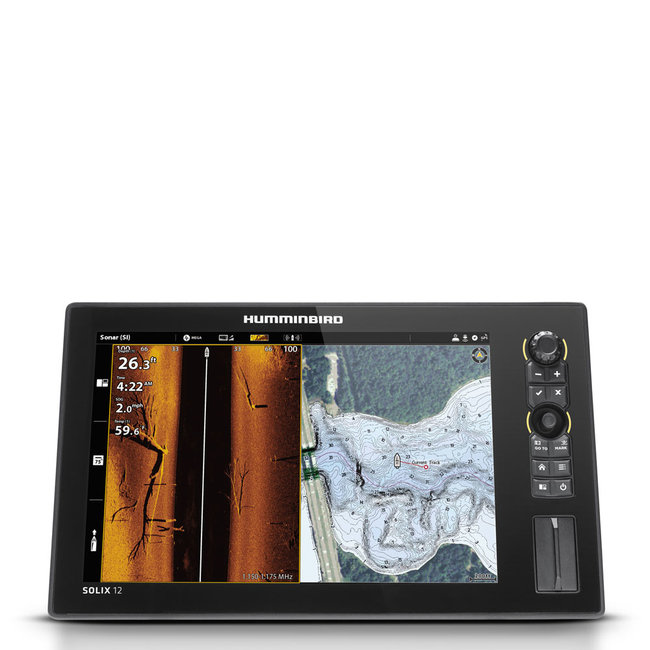 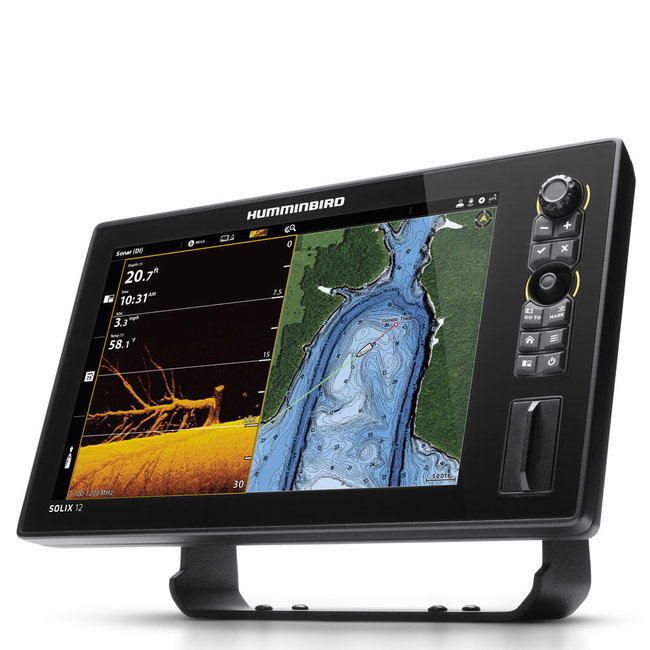 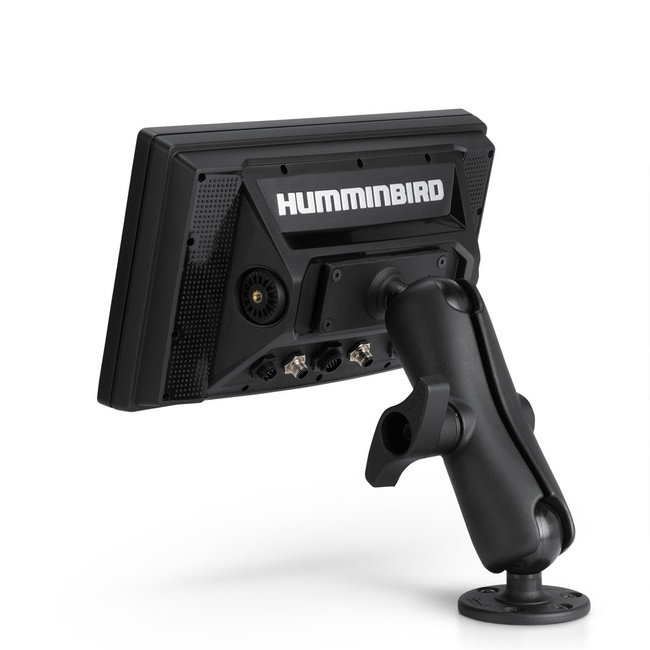 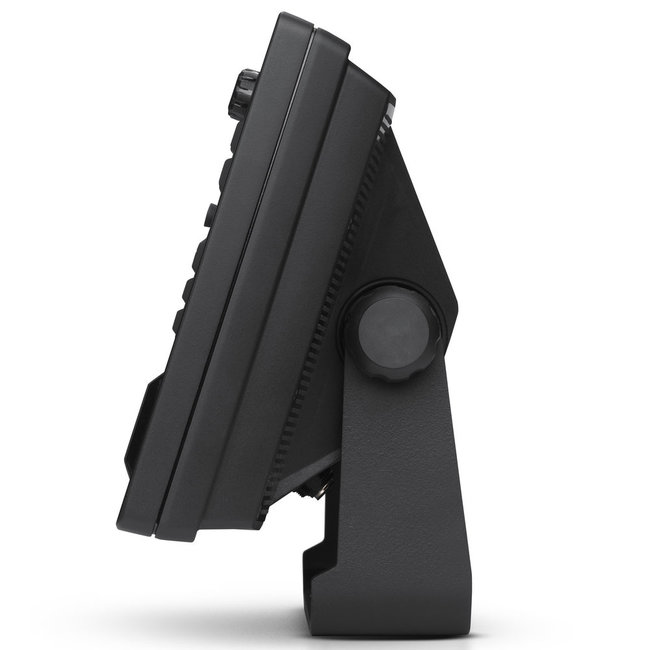 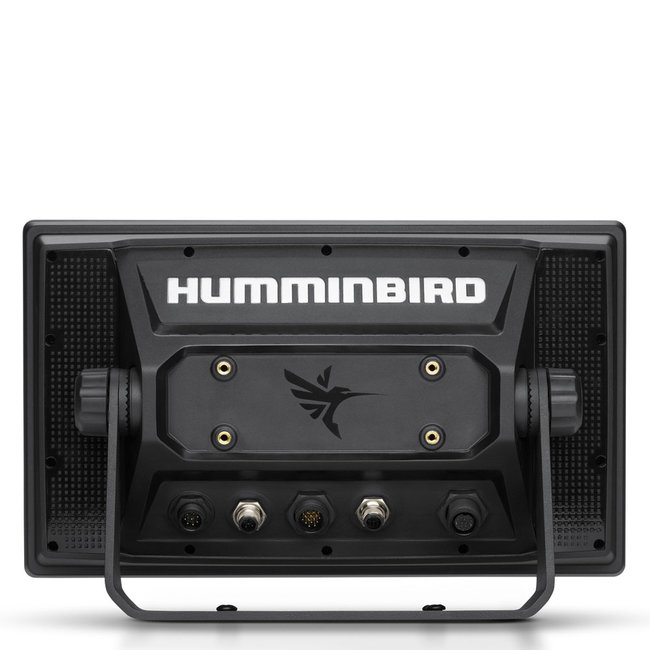 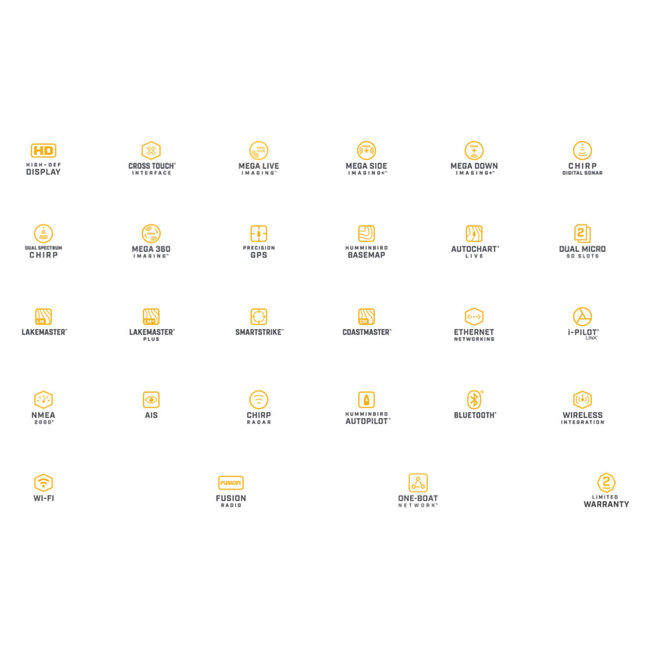 Humminbird's SOLIX G3 ofers everything you need to catch more fish than ever before. A dual-core processor allows you to execute any command with lighting speed, with an intuitive user interface providing easy navigation and an array of customization options to make it your own.

Advanced Network Capabilities:
Go wherever fishing takes you with total confidence. Nowhere is out of reach thanks to the advanced network capabilities of SOLIX. The fishfinder has built-in NMEA 2000 and Ethernet, enabling you to build a reliable and robust marine navigation system including Humminbird radar, AIS, Autopilot and more.

Bluetooth Connectivity:
Built-in Blueooth connectivity enables wireless communication to Minn Kota Raptor and Talon shallow water anchors as well as Cannon Optimum Downriggers. With wireless connection to your smartphone, get text and call notifications on your Humminbird screen and enable software updates and map transfers from the Humminbird FishSmart app.

Charts And Navigation:
Nowhere is out of reach thanks to the advanced navigation and networking capabilities of SOLIX. Built-in GPS and Humminbird Basemap come as standard, with premium cartography options from Humminbird LakeMaster, CoastMaster or Navionics to show you the way. Built-in Ethernet and NMEA2000 allow you to build a robust marine network including compatible accessories like Humminbird CHIRP radar, AIS, Autopilot and more - so yoou always know where you're headed and what's heading your way.

Cross Touch Interface:
SOLIX has an intuitive user interface that can be controlled by either using the touchscreen or soft keys on the side of the unit. The 'Get Home' feature enables you to access your home page from any screen by swiping two fingers in a downward motion. Expand the screen to take a look closer at charts simply by pinching the screen to zoom in. Found something promising? Simply press and hold to place a waypoint so you can return later. There's also a virtual keyboard that makes naming waypoints and entering data easier than ever.

Make SOLIX Your Own:
The fishfinder provides you with the ability to customize data overlays, home screen wallpaper and custom screen views with up to four independent viewing panes. A customized sidebar provides quick access to ten favourite views, navigational data, vessel information and an array of accessories including Minn Kota Raptor or Talon, i-Pilot Link trolling motors and Cannon Optimum Downriggers.

NMEA 2000 Capability:
Gain a new level of awareness with connectivity to NMEA 2000 certiifed accessories. Humminbird's SOLIX has built-in NMEA 2000 support so that you can keep in tune with the engine, navigation vessel and environmental conditions.

One Boat Network:
SOLIX is compatible with the One-Boat Network, a commitment to make the advanced fishing gear even better by making it work together. Humminbird, Minn Kota and Cannon engineering teams are constantly looking for ways that their products can seamlessly integrate and communicate, unlocking more features, capabilites and potential for anglers, so you can focus on fishing.